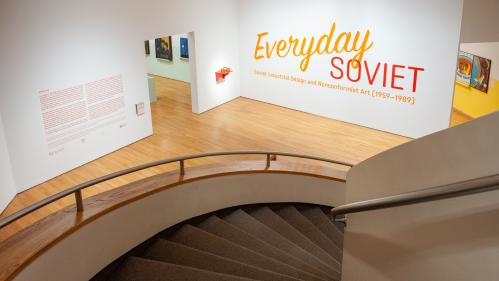 The exhibition Everyday Soviet: Soviet Industrial Design and Nonconformist Art (1959–1989) explores Soviet everyday environments through both industrial objects and works by nonconformist artists. Drawn from Zimmerli’s Norton and Nancy Dodge Collection of Nonconformist Art from the Soviet Union and the Moscow Design Museum, it is the first show in the United States to offer an introduction to Soviet design from the postwar era and to recreate a sense of the atmosphere of everyday life in the Soviet Union through art and design.

Throughout the twentieth century, art and design in Russia had a complex and symbiotic relationship. In the 1920s, many of the foremost artists made great contributions to the creation of everyday objects for the new Soviet citizen. Soviet design in the 1920s was closely connected to avant-garde art and built upon its discoveries. Artists transferred their radical ideas from art to daily life, many abandoning fine art completely in order to fully devote themselves to “production art.” Their innovations influenced further developments in design around the globe and were the subject of many international exhibitions.

Soviet design from the 1950s to the 1980s is practically unknown in the West. However, the history of post–World War II Soviet design presents an intriguing phenomenon that shaped an era and led to the development of a special material environment, with points of reference vastly different from those in the Western world. On the one hand, Soviet designers continued the avant-garde artists’ determination to build a new world for Soviet citizens. They created vanguard futuristic projects that were showcased in exhibitions to demonstrate to the public the country’s commitment to and success in building socialism. On the other hand, very few of those models actually reached consumers under the government-planned economy. A complex emotional relationship emerged between the intended standardization of life and the personalization of objects and surroundings through frequent use and individual alterations.

These approaches had parallels in nonconformist art: some artists worked in the utopian traditions of the Russian avant-garde movement, and some presented a witty commentary on elements of the Soviet material environment, adding unique social twists to the development of global modernism. This exhibition showcases the creativity of designers and artists despite, or because of, the structural limitations during the Soviet era, contributing a vital perspective to an understudied period of contemporary art and design.

The exhibition was made possible by the Avenir Foundation Endowment Fund. Additional support was provided by the Dodge Charitable Trust—Nancy Ruyle Dodge, Trustee, and by donors to the Zimmerli’s Major Exhibition Fund: James and Kathrin Bergin, Alvin and Joyce Glasgold, Michael McCulley, Sundaa and Randy Jones, Hemanshu and Heena Pandya, and the Voorhees Family Endowment.

This virtual presentation features selections from the exhibition Everyday Soviet: Soviet Industrial Design and Nonconformist Art (1959-1989), on view in the Voorhees Gallery from February 8-May 17, 2020 (closed early due to Covid-19 precautions). Click here to watch recordings of virtual events related to this exhibition. 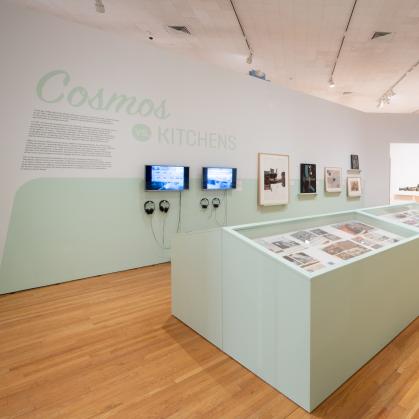 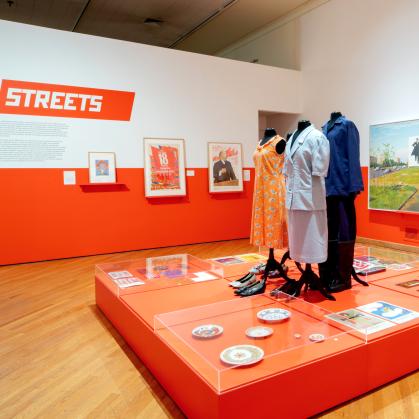 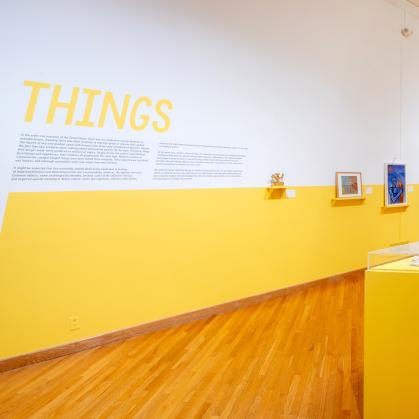 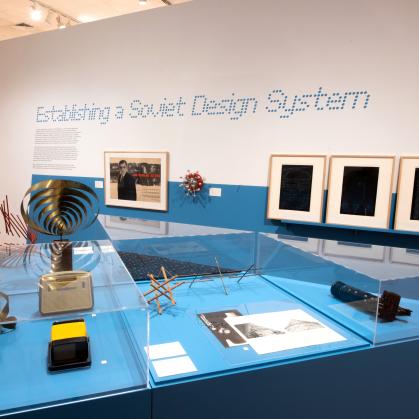 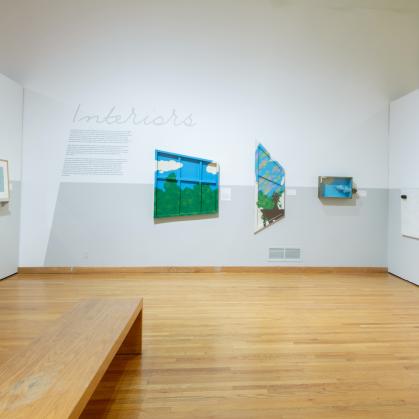