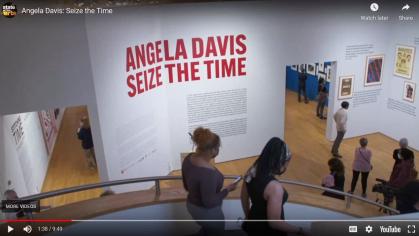 Preview the exhibition Angela Davis - Seize the Time on a new episode of State of the Arts. The segment features interviews with the curators and contributors, as well as footage throughout the galleries.

Spotlighting the most creative people in New Jersey and beyond since 1981, State of the Arts is the the New York and Mid-Atlantic Emmy Award-winning series that features documentary shorts about the Garden State's extraordinary array of artists and arts venues. It airs on NJTV, WNET, and ALL ARTS.